Hougang By-election – What do the Stars say? 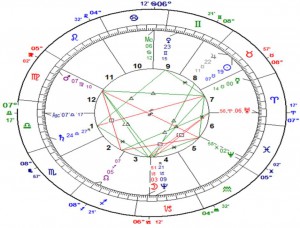 It came as a bit of surprise to most people when our Prime Minister, Mr Lee Hsien Loong, choose to announce this month on his Facebook that Hougang residents will have to vote again on 26 May 2012 after its previous Member of Parliament, Mr Yaw Shin Leong, was expelled from the party due to a scandal.

PM Lee officially published the news on his FB on 9 May at 4:22 pm.

Mr Nosy like me couldn’t wait to quickly open up the astrology chart, using this specific moment to gaze into the stars. The question that of course came to my mind was “Will Workers’ Party able to continue serving the Hougang constituency after 26 May?”

The party has been the guardian agent of Hougang for the past 20 years and it is definitely going to be a set-back to them if they are going to lose it – all because of a mistake committed by an ex party member. How painful!

In the arena of Mundane Astrology, a specialised area of classical astrology that deals with world and political events, it offers some insights into how certain event will unfold. Usually for political event as such, I will plot out the chart based on the timing announced by head of state and in this case our PM. This timing is critical as it forms a reference point for astrologer to base their analyses on.

10th House represents the Ruling Party and in this case our PAP; while 4th House is the Opposition Party, WP. The Host of 10th House, the Moon, entered Capricorn. In the study of astrology, when Moon is aligned from the angle of earth in such a way that it lands in Capricorn, it implies the Moon is facing constraint and not able to exert its power. In another word, PAP candidate, Mr Desmond Choo, should reconsider getting some help from his party bigwigs. He was saying that he is going to fight this battle all by himself. I would like to borrow a sentence from Star Wars and say this to him “May the force be with you.”

On the other hand, the Host of 4th House (Workers’ Party), Saturn, enters Libra. Among all planets, Saturn is considered a jinx. It is an unlucky star. It is akin to the 5 Yellow star in fengshui that spells disaster. Nevertheless, because it is at Libra in this chart, Saturn feels at ease and at home. So, its “evil nature” actually turn positive and it is also stronger vis-a-vis the Moon. Not only that, it also forms a good aspect with Venus (a well-loved planet). As you know, Venus is the Goddess of Love. The ugly Saturn is now accompanied and backed up by a sexy and lovely gorgeous lady. So, will you drool at WP more?

What surprises me is when I saw from the chart that Saturn coincides with Arcturus (considered a lucky constellation) at 24 degree in Libra.

Objectively speaking, the odds seem to be better for WP based on the astrological deductions. Anyway, I wish both candidates will fight a good fight and I believe whoever emerges as winner, you will definitely serve the residents to the best that you can.