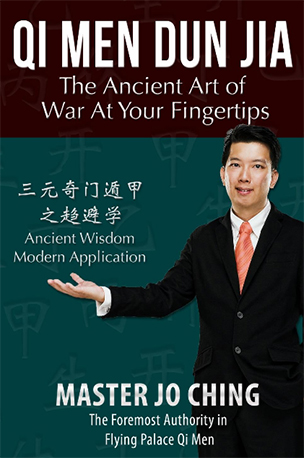 The Ancient Art of War At Your FIngertips

Qi Men Dun Jia has been historically recognized as an ancient art of war. A great Chinese military strategist named Zhuge Liang used it to help him win battles in the ancient times. He excelled in deciphering the best timing and direction to send his soldiers to attack the enemy. The legacy left behind by this effective comprehensive metaphysical model not only accounts for universal time dimension but it also covers the spatial arrangement of energies.