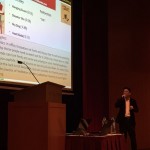 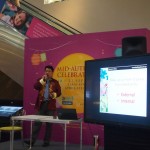 How to select a good maid? On the 11 February, Jo conducted a 2-hour evening workshop on 2011 Feng Shui and Chinese Zodiac Signs Forecast at The Action Room at Bras Basah. Besides teaching the participants how to activate the wealth sector in 2011, the highlight of the night was to present to the audience […]

Jo Ching was invited on stage to give a snapshot of 2011’s best performing types of business. The event was organised by BNI, one of the world’s largest business networking organisation, at YMCA Orchard. 150 business owners, CEOs and MDs were part of the energised crowd. Jo also shared that in 2011, people that use […]

Jo was invited by Prudential on 12 February 2011 to give his analyses on the market and economic outlook on the Year of the Golden Rabbit. It was a gala event held at Fullerton Hotel where 350 people were present. Jo spoke about astrology forecast for various industries and investment outlook alongside with other speakers […]

On the 27 April, Jo gave a 2-hour crash course on Feng Shui, Chinese Astrology and Face Reading for maid selection to the expats community at the British Club. The turn-out was overwhelming and the organiser has to open up another ballroom to cater to the spill-over. The audience was intrigued by this millenia-old chinese […]