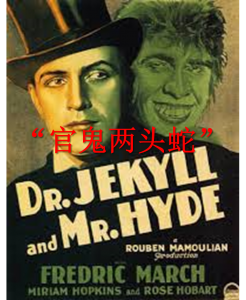 “Did you get into legal issue?”

“Did you meet with accidents?”

“Did you get cheated in your business?”

I fired off 3 consecutive questions at my client during the Bazi consult albeit in a little mocking way.

I would expect the replies from her to be all “no”.

Jaz (not her real name) has come to see me with a heavy heart. She met a master earlier last year who told her that she would be seriously harmed or even go through a “life-and-death” event because she was going through Qi Sha or also known as 7-Killing luck. Her world collapsed instantly. She got very nervous and her heart raced. Her mind went entirely blank. She later went home and started reading up internet about 7-Killing. The more she read up, the more worried and paranoid she got. Nothing positive seems to come out of her google search. She began to live in fear and that was a torment for the next few weeks.

Through her business friend, she came to see me for a second opinion. When I opened up her Bazi, I told her not to be worried when the next Qi Sha year comes again. In fact, I told her she will enjoy rise in fame, increase in high net worth clientele and make a lot more money – just like what she experienced last year! She paused and looked at me with disbelief. I then carried on with the 3 earlier questions for her to seriously reflect on it. She suddenly came to her senses and she said I was right.

“Yes I did make good money and nothing bad has actually happened. But Jo, I don’t understand. Isn’t 7-Killing a very malicious and dangerous star in Bazi?”

“Yes and no.” I replied. “To some people, going through Qi Sha luck can be stressful and dangerous. But for some people like yourself, Qi Sha or 7 Killing brings a lot of money, promotion at work, increase in power and reputation too!”

“There is this term known as Sha Yin Xiang Shen (杀印相生) which means 7 Killing produces Resource star and it is a very auspicious sign. This is what exactly happens to your case.”

I could see the earlier tension on her going away. The grimaces dissipated on her face. She began to heave a sigh of relief.

While the term Qi Sha can sound terrifying, you need to identify when it can be your white knight. In most Bazi classes, the teachers would often say that weak Bazi chart is afraid of the appearance of Qi Sha. The argument is that when one belongs to weak Bazi chart, he or she is not able to withstand the countering force of Qi Sha. And in my many years of practice and teaching, this is utterly not right. Many weak Bazi tycoons like Bill Gates is born in Qi Sha month and the Daymaster is also sitting on Qi Sha earthly branch. Many liken the characteristic of Qi Sha to violent, destructive, extremist and gangsterism. Do you see Mr Gates manifest such mannerism?

So, how do we identify whether Qi Sha is Dr Jekyll or Mr Hyde in your chart? The answer lies in the presence of Resource star. Resource also reduces the aggressive qi of Qi Sha. In Chinese, we call it 用印来转化杀. If there is an Eating God, then we can use it to control the Qi Sha. This is known as 食神制杀 in Chinese and don’t be surprise that some ministers possess such structure in theirs Bazi.

One needs to have a 360 degrees understanding of the behavior of 10-God. Do not be blinded by books or drowned by grapevines. A more intimate knowledge of Qi Sha or 7 killing will actually allow you to know that it is one of the greatest stars to usher big money. The only question is how to realise this in your own Bazi.

官鬼两头蛇 – Direct Officer and 7 Killing are double headed snake. When it is good, it brings power and status; when it is bad in your chart, it becomes a ghost. This is a saying in Bazi. My job here is to teach the students to assess the stars and then categorise them to be either a ghost or a gentleman.

This will be taught in our upcoming Bazi Semi-Pro course .