It is not uncommon to hear friends or clients say that because their Bazi lacks fire, they have to add this missing element through their Chinese Names. So, they end up having names like 林 X 燊. They also ended up having a bad career and lousy finances. One of the most frequent complaints is “money always come and go”. Rooster and Monkey animal signs, which belong to the metal element, are usually among those who are saddled with such issues.

Then, a lady was given alot of water Chinese characters in her name because a fortune teller once told her she is born during the summer season in the year of fire horse. The fire element is too strong and she needs water to balance up her hot chart. So, he gave her X子清. End up, she has never had a blissful relationship in all her romances. She also suffers attacks from petty people at work and is never happy with her career and finances. To recap, she is born in the year of horse.

The above scenarios suggest that a loss of element in bazi cannot be simply compensated by a gain of the same element in Chinese Name. It does not work this way. In both cases, the shapes and energies of the Chinese Characters utilised have actually resulted in a serious violation of the principles of Chinese Name system. Fire and metal (monkey and rooster) are in direct conflict; likewise between water and fire (horse or snake). You can refer to the diagram here to find out which aspects of the person’s life is affected. For instance, if the violation takes place between the animal sign and the middle name, then it usually implies challenges in relationship.

In such instance, the solution is to change their Chinese Names so that all the Chinese characters can be harmonised with the person’s animal sign. In fact, this is one of the very powerful later heaven mechanisms to help people enhance their luck. Effects usually will start to kick in within 6 months according to clients’ feedback and this will accompany you till old. 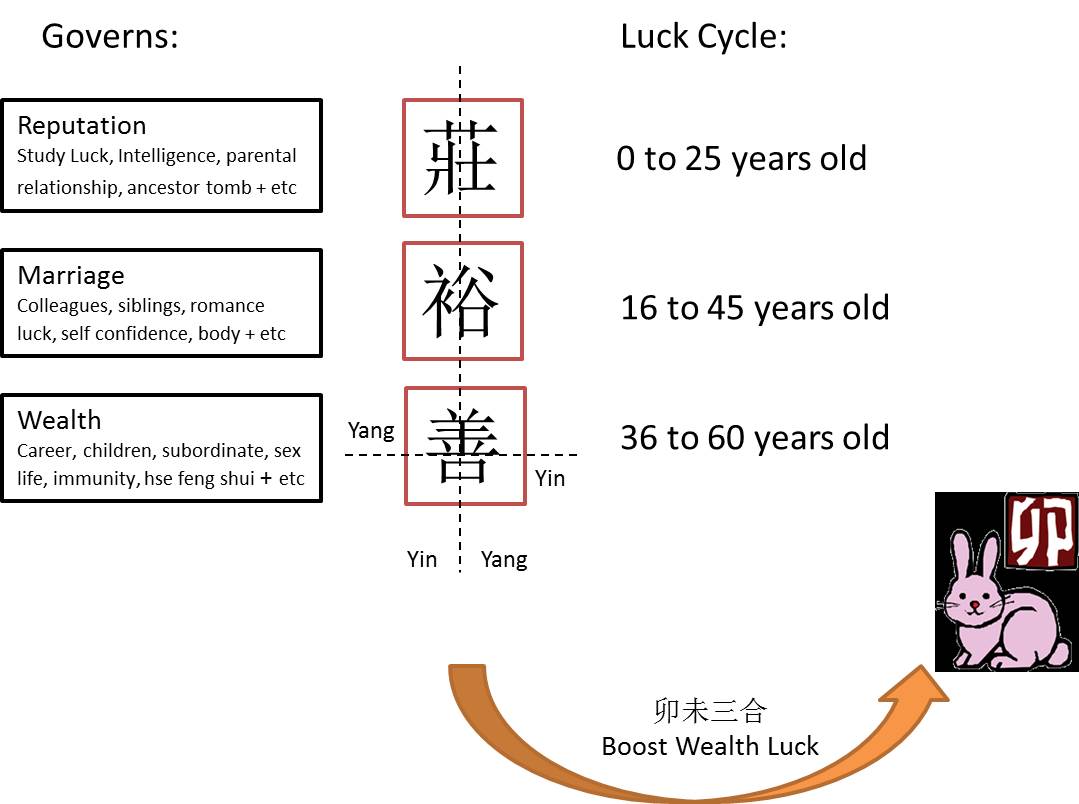