Liu Bo Wen versus Zhu Ge Liang – Who was the smarter one?

Below is an anecdote which i have read from a book that mentions how Liu Bo Wen was outwit by Zhu Ge Liang. Both were great military strategists and famous for their ingenious use of Qi Men Dun Jia and other forms of chinese metaphysics to help their country in different era.

One day, Liu Bo Wen and his students arrived before the tombstone and burial site of Zhu Ge Liang. Looking at the tombstone, the former remarked in front of his students that Zhu was indeed much wiser than he is. However, the students felt otherwise and with great disbelief, they held up the spades, went closer to the tomb with the intent to destroy it.

Suddenly, the students, who were heavily armoured, were not able to move. They felt that there was a strong force that prevented them from stepping even a little inch forward. Liu then went a bit closer and saw that there were a 4 little words that were inscribed on the tombstone that says “脱甲而逃” which means “remove your armour to escape”. 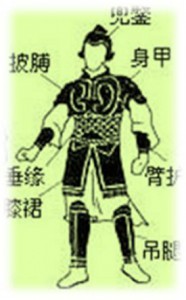 Seeing that, Liu instructed his other students to quickly help to remove the armour of those students who had been stuck so that they could move again. When Zhu was alive, he had predicted that few hundreds years later, there would be a group of heaily armoured people that come to destroy his tomb. So, he had used large amount of magnetic stone during the construction of his burial site to prevent the incident from happening.

Liu was again amazed and acknowledged that Zhu was indeed the cleverest strategist to date.