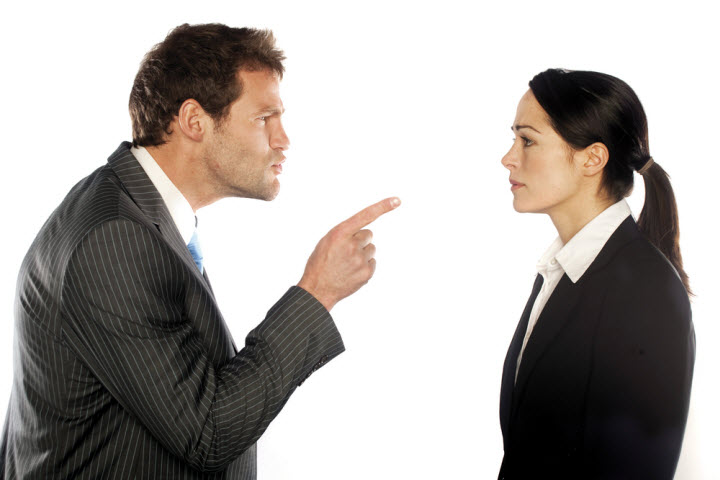 Sally (not the real name) came to see me for Bazi consult recently. She holds a senior position in a MNC and is feeling rather troubled because of her new boss.

Her new boss seems to pick on her even though she is always known to be capable and conscientious in her work.

This is what I suggested to Sally after she showed me a photo of her new boss.

“Why? This is not my style.” She protested.

“If you cannot beat him you have to join him.” I smiled and said it half in jest.

The boss belongs to dominant Emotive Structure which implies that he has a higher and broader forehead but a sharper chin – just like an inverted triangle. People who belong to such profile are intellectually more outstanding but sensitive with the surroundings. With relatively fair complexion and a tall nose bridge, such people love others to suck up to them. Pardon my language.

“He also has an inclination to exploit those working under him. He is not a good boss to work for and I seriously don’t think he can earn much respect from his subordinates.”

“Yes, Master Jo. You are right. He slave-drives us.”

The chin area is also known as the earth storage. Those who have rounder and meatier chin are humbler and more willing to listen to the voices of their employees. But for Sally’s boss, his chin area is bony and sharp according to the picture.

“Do you have his date of birth?” I asked Sally.

“He has a Talent Number 9 in the study of Numerology. Creative, intelligent but temperamental. He is also a very egoistical person when you combine the Talent Number and his Emotive profile.”

“Oh, tell me about it. He has a reputation of shouting at his staff. I just wonder how he can rise through the ranks to become a boss.” Sally sighed.

“Judging just from his birth day, 9th, and his facial profile, we can analyse a lot about him. In his case, we categorise such person as a Jun Shi（军师格）or Strategist profile. Such people are usually corporate high flyer and well-liked by senior management for they are meticulous in planning and coming up with policies for the company. They also know how to humour their bosses. Nevertheless, their weakness is in managing people on the ground and they often encounter challenges in executing the job themselves – especially when their voice is gentle. ”

“Agree with you Master but tell me how do I deal with him to make my life better?” Sally sounded desperate.

“First, don’t challenge him on his ideas or his directions upfront. Instead, you can diplomatically accept his ideas first and ask him for his opinion if your proposed idea is also ok with him. Second, support him in boardroom meeting with others. Last but not least, during his birthday, buy him a small gift or organize a team lunch to celebrate for him. Trust me, you will be in his good book very fast.”

“One more good news for you.” I added. “He will not be in this position for long.”

“How do you know?” Sally was suddenly very excited.

“Just based on his day and month of birth which you have given me. I have done a very quick calculation on his Personal Year luck for 2017. Also, I have analysed your boss from your Bazi based on an extrapolation method.”

“By the way Sally, you will be going through your positive Authority luck in the coming 10-Year luck cycle. Don’t forget me when you become the company CEO.” I teased her.

If you are keen to learn about how we apply Face Reading and Numerology and combine them for corporate application and to discover your unique success path, you can click this link to find out more about the seminar on 27 August 2016.