For those who have followed my blog, I had analysed and made my prediction based on Mundane Astrology techniques before the result was announced. You can read the post by
clicking here.

Yesterday, 9 Jan 2013, for the by-election at Punggol East constituency, PM Lee officially announced it again on his facebook at 4:23 pm.

This time round, out of curiosity, I have chosen to plot and compare the Qi Men Dun Jia charts for the 2 timings and discovered that there is something similar. Please see the charts below. 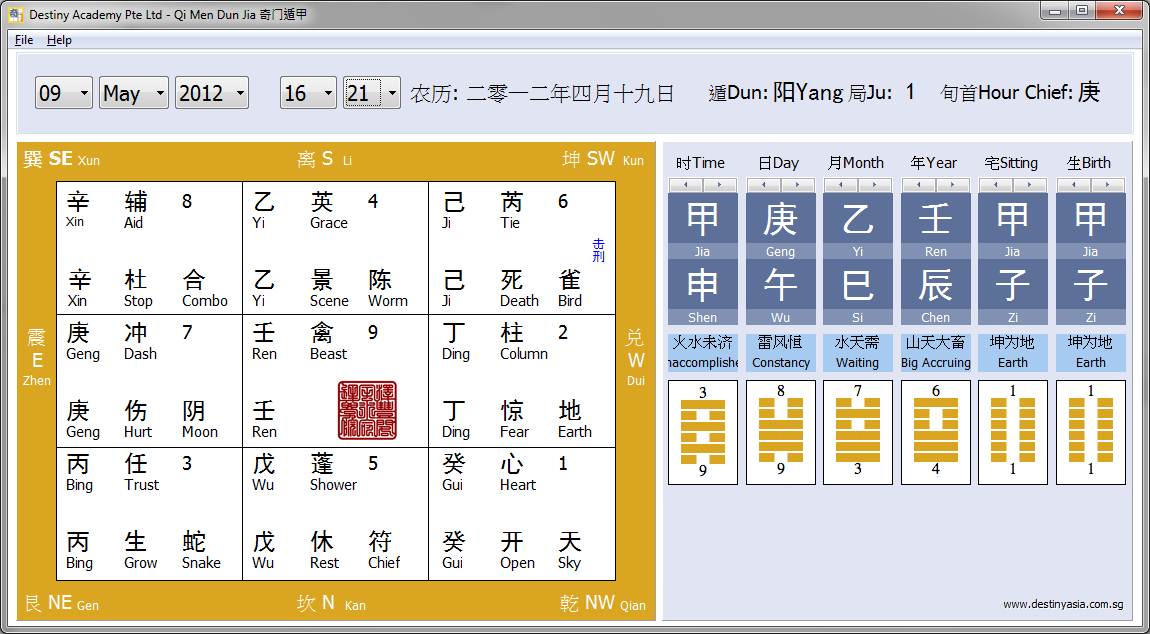 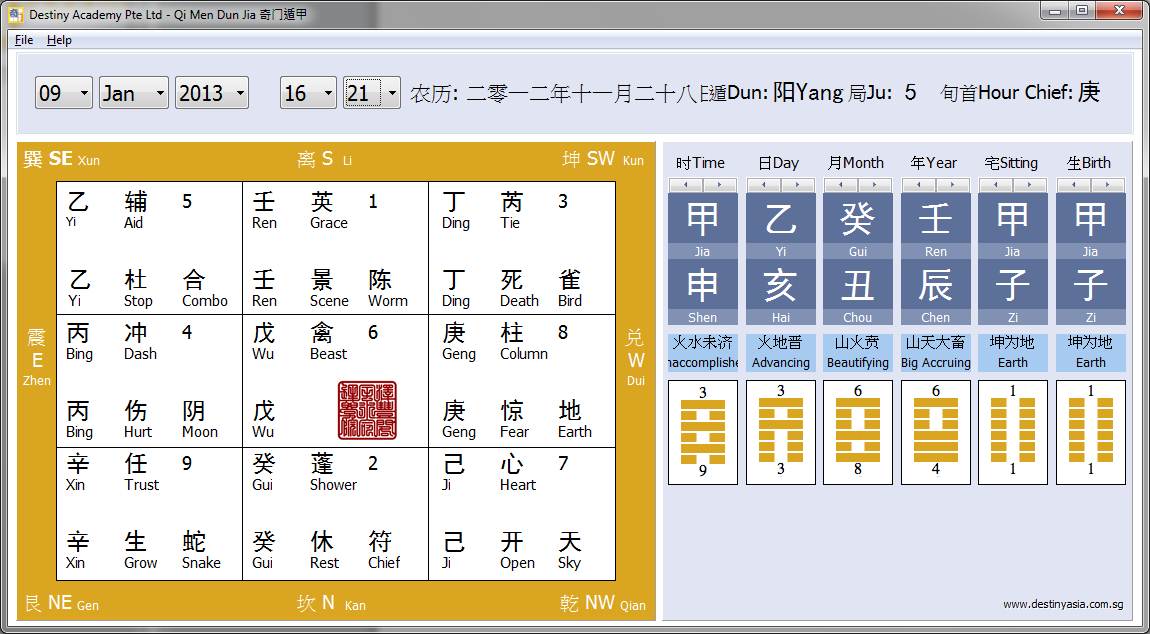 For those who have studied Qi Men Dun Jia, we know both charts belong to the Fu Yin structure. Fu Yin represents sad event or something negative.

We all know that the ruling party, PAP, did not manage to win back Hougang last year.

Based on such tell-tale sign, does it imply something?