A question I always get from students or feng shui enthusiasts is, “What are the differences among Yearly, Monthly, Daily and Hourly Qi Men Dun Jia Chart systems?”

It seems that not many people who have learned or practised Qi Men Dun Jia are able to find an answer, let alone coming out with a more detailed explanation.

Since I have had the fortune to learn from my Taiwanese San Yuan Qi Men master on all the various sub-systems of Qi Men Dun Jia (including 64 Hexagrams Qi Men, Yang House Dun Jia Feng Shui, Art of War and a very specialised topic on Tian Xing (Planets) Qi Men), I might be able to see things from a bird’s eye view and hence offer some insights into this enormous topic of Qi Men. Nevertheless, I will not go into the technicalities of chart plotting.

The differences between these Qi Men charts are largely attributed to the way the chart is plotted as well as its function (see the picture below). The seldom-taught Yearly Qi Men system, in terms of application, had been used during ancient time to forecast what was going to generally happen to the country during a particular year. However, over the years with the advent of better technologies and more precise instrument to observe the movement of the planets and constellation, a specialized field of study known as Mundane Astrology is deemed more superior and accurate in predicting climate, economic and socio-political events of the country and the world. Hence, the use of Qi Men Dun Jia for forecasting the short-term luck of the country has become less prevalent. Today, it is more interesting to use this system to find out where are the auspicious or inauspicious sectors at home during certain year so that, for example, you can avoid putting a water fountain in the sector that carries inauspicious Qi Men energy. Besides, you can also couple the use of Yearly Qi Men chart with BaZi’s Shen Sha (神煞) to forecast the outlook of a person’s luck in that year. If you are keen to find out more Yearly Qi Men applications, you can click here to find out more on an e-course that I have just launched.

As for the Monthly Qi Men Chart, its role is to further break down the yearly energy into 12 parts or months to zoom into what is going to happen to the country on a monthly basis in terms of climate or socio-political events. In the past, when traveling on ship could take weeks or months, one could rely on the use of Monthly Qi Men Chart to decide which month to start their journey so that the travel route is safe and blessed with positive energies. The same ideas apply for Daily and Hourly Qi Men Charts but as the application time frame gets narrower, the more sophisticated Qi Men Dun Jia gets in terms of its use in the modern world. Before I forget, Monthly and Daily Qi Men chart systems were also used for military planning purpose during wars to better strategise the movements and attacks by the troop.

In today’s market, the majority of people learning Qi Men Dun Jia use it for divination purposes. This means that when a client approaches a practitioner for advice, the Qi Men practitioner will plot the hourly chart, analyse it and then advise the client in accordance to the question asked. An example can be, “What will be the outcome of my business venture?”. I have also used it to predict the outcome of missing plane MH370 during my class on 8 March 2014. The timing used to plot the hourly Qi Men chart is usually based on the time when the question is asked or in our case, the departure timing of the plane.

Apart from using Qi Men for divination, the Daily and Hourly Qi Men Dun Jia Chart systems can help the end users to gain the upper hand during “battles” or in a modern context – conflicts or confrontations. I call this the Usher and Avoidance System. In Chinese, it is termed as 趋吉避凶法Qu Ji Bi Xiong Fa, which means ushering the auspiciousness and avoiding the bad outcome. I have written and published a book on this. You can contact us on the purchase of this hard copy book. It is also available in major book stores like MPH, Kinokuniya and Popular Books in Singapore and KL, Malaysia.

The military strategist Zhuge Liang – in ancient times – ensured that his army troops marched towards the enemy campsite in the most favourable and strategic direction at a calculated timing. By doing so, he made sure that his soldiers were embraced and blessed with the most positive energy field which would eventually lead them to winning his battles.

Such Qi Men Dun Jia usage reveals that Qi Men itself is a powerful 3-D luck creation system. In modern applications I have often used this technique to help my clients in interviews, negotiations, examinations, court cases and even for dating purposes. Calculating and seeing Qi Men Dun Jia phenomenon appearing at specific timing before you “go for war” is our school’s unique trademark. If you are keen to learn the ancient art of war method to achieve success on a daily basis, you can click here to find out more on the professional training that you are going to receive. 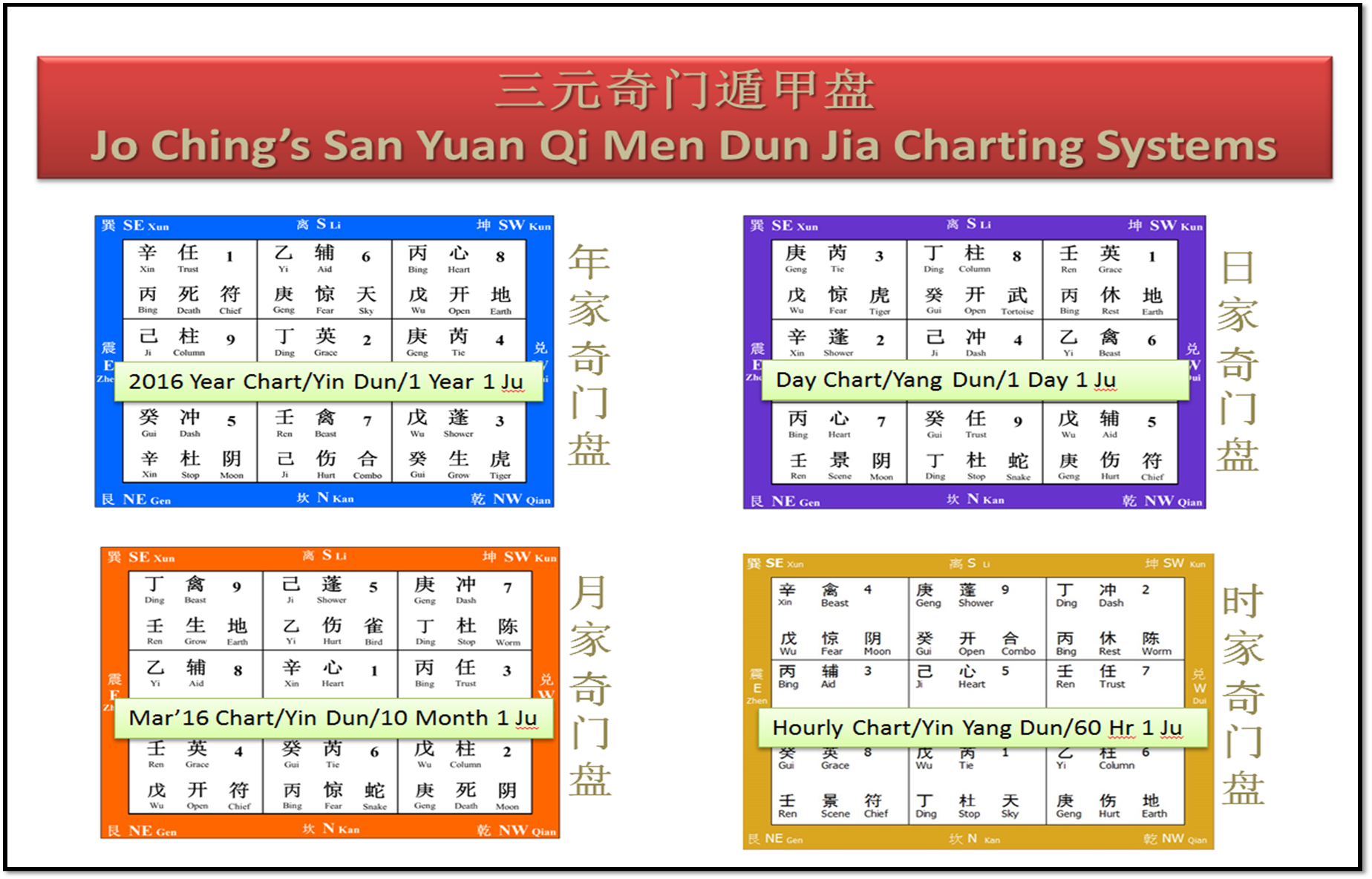