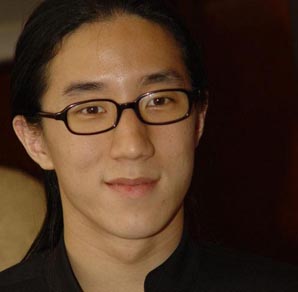 Jaycee Fong, son of famous international star, Jackie Chan, was born in 1982 having the zodiac sign Dog. Jaycee’s Chinese Name is known as房祖名 (Fang Zu Min) although in the past he had used the surname of 陳 (Chen) but later changed it to Fang so as to follow the original surname of his grandfather.

On 12 August 2014, Jaycee together with Taiwanese Celebrity, Kai Ko (柯震東), were nabbed by Beijing Police for consumption and possession of drug. Kai Ko has recently been released from detention while Jaycee is still being detained. This news has shaken the Chinese media world and in my article here, I would like to explore from the perspective of Chinese Name Analysis System, what in their names would have caused them to end up in such an awkward situation.

First, let’s look into Jaycee’s Chinese Name. His surname Fang 房 carries the shape of square or口. In terms of Chinese radicals, such shape means mouth. Last Name Character 名 sees another square radical in it. In total, there are 2 such radicals in his name. This is regarded as a violation especially for someone who belongs to a Dog Zodiac sign since they form the word哭 (meaning = cry). This has a detrimental effect on Jaycee’s reputation, career and wealth luck. His middle name 祖 is also deemed inauspicious as this is a Chinese word that is synonymous with worshipping the deities with offerings and traditionally, dog has never been on the table of offerings to god. Since, this word appears in his middle name, which governs a person’s marriage and relationship luck, Jaycee will find it hard to maintain a relationship with the woman he likes.

Why did this saga only happen in 2014 – 8 years after he first took drug? Now, from the annual luck perspective, the 2 unfavourable Chinese radicals of 口 in his name have interacted with the Horse Year. In Chinese, when 2 squares are combined together with the Chinese word of Horse, it gives rise to骂 (meaning = scold or reprimand). He is certainly reprimanded heavily by many especially his heartbroken father, Jackie Chan.

In the next article, I will share with you more insights on Kai Ko’s Chinese Name. He was born in 1991 and belongs to the Goat animal sign. His original name is actually 柯家凱, and from the angle of Chinese Name Analysis System, this is definitely a better set of name to be used as compared to his current media name.